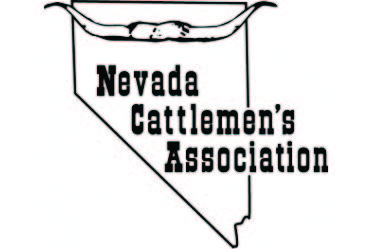 The Nevada Farm Bureau and Nevada Cattlemen’s Association are grassroots organizations that represent the best interests of the farmers and ranchers who are so vital to Nevada’s economy. Collectively, we advocate for the state’s agricultural community and champion public policy positions developed by our farmer/rancher memberships.

We strongly oppose Question 3 because it is likely to raise prices, increase risk and does not belong in the state constitution. Here’s why we’re encouraging our members, and all Nevadans, to join us in voting no on Question 3 this fall:

From the perspective of the Nevada Cattlemen’s Association, Question 3 does not belong in the constitution. In principle, the constitution was not intended, and should not be used, as a regulatory tool. On a practical level, achieving energy deregulation via constitutional amendment also locks Nevada into an unproven model for an extended period of time. Because it would be in the constitution, any revisions to the amendment would have to gain ballot approval twice and take a minimum of four years to implement. That’s a risk we cannot afford to take.

While the Nevada Farm Bureau shares the Nevada Cattlemen’s concern about putting Question 3 into the constitution, we have some additional concerns. Question 3 was not written with rural Nevadans in mind. Many of us are served by cooperatives and member-owned utilities that started because the sparsely populated areas we call home were deemed unprofitable by investor-owned utilities. We think it is unlikely that profit- driven utilities and power marketers will be able to provide affordable rates to our areas if Question 3 passes. Furthermore, decisions currently made in rural Nevada will be made in Carson City, California, and in the boardrooms of corporations, many of which will be out-of-state. The Public Utilities Commission of Nevada (PUCN) said as much in their findings after spending 10 days talking to representatives on both sides of the issue and industry experts. The PUCN concluded that Question 3 will negatively impact rural Nevadans and the agricultural community. We agree.

As farmers and ranchers, we make important choices on a daily basis that affect our ability to run successful operations and support our families. Question 3 is a choice we simply cannot afford to make. For that reason, and many others, I hope you’ll join the Nevada Farm Bureau and Nevada Cattlemen’s Association by voting no on 3.