These Carlin residents may have different stories, but they share an appreciation for all things Christmas

However, for Carlin residents Margaret Johnston and Rene Curry, their decades-old childhood Christmas ornaments are priceless and would never be sold.

“My mom didn’t have a lot growing up, so she always made sure our holidays—especially Christmas—were special with the little things she did for us or gave to us,” says Margaret. “Decorating a tree with our family ornaments always reminds me of her generosity.”

Margaret recalls how her mother, Jeri Johnston, said her childhood was cheerful, but only briefly.

“She grew up in a house with a white picket fence and a happy family until World War II came along,” says Margaret. “Her dad enlisted in the Army, leaving his family to face financial hardships.”

After Margaret’s mother and mother- in-law Hazel Johnson died in 2015, Margaret inherited several boxes of Christmas decorations, including ornaments dating back to the ’30s and ’40s. Margaret pulls out one of her favorite childhood ornaments, a golden Christmas spider with long legs made from pipe cleaners.

“I’m 52 and still love this as much as I did when I was a kid and Mom’s best friend, Nancy Wright, made it for me,” says Margaret. “It’s precious to me.”

The spider was accompanied with a copy of “The Story of the Christmas Spider.” The story, popular in Eastern Europe—especially in Ukraine and Russia—tells of a poor widow and her daughters who cleaned the house thoroughly for Christmas, forcing the spiders to seek refuge in the attic. After the tree was decorated, the spiders reappeared at night, wanting to see each ornament.

They climbed the tree and crept along the branches. The next morning, the children came down to find the tree covered with delicate gossamer strands of spider webs. As the rising sun shown on the tree, it glowed as if made of gold. From that Christmas forward, the family was never poor again.

Margaret gently lifts other ornaments from their boxes, picking the right place on her tree to hang a glass-blown owl, a blue pinecone, a sphere with multi-colored indentations and dozens of others. A purple ornament has a Nativity scene painted on it.

Margaret is not alone in her appreciation of Christmas decorations. Rene Curry, 60, treasures ornaments her grand- mother, Gladys LaCoille, made for her.

“They came in kits that included small Styrofoam balls, needles, sequins and rib- bon, and she made them for her grand- kids whenever she had spare time,” Rene says. “They’ll stay in the family.”

Some Christmas ornaments are valuable—depending on their age and condition—according to an international non- profit organization, The Golden Glow of Christmas Past (www.goldenglow.org).

Established in 1980, the organization’s members focus on the education and history of vintage and antique Christmas ornaments, lights and decorations. They organize annual conventions and publish a bimonthly magazine.

In the United States, the Shiny Brite Co. was the first manufacturer to make glass ornaments in 1937. Its name was stamped on the metal cap of glass bulbs, popularized during the ’40s and ’50s.

Examples of valuable decorations include a glass ornament shaped like grape clusters. It could be worth $1,000 in rare colors such as red or amber. Others shaped like a bird or airplane with metal wheels might be worth $100 to $250 each.

Vintage ornaments have become so popular that some companies, such as Old World Christmas, make reproductions.

Margaret says a price tag cannot be placed on her family ornaments because they are sentimental to her. She says she plans to keep the ornaments in the family as a way “to help keep our Christmas memories alive.”

Margaret has collected a variety of vintage Christmas ornaments and lights through the years. 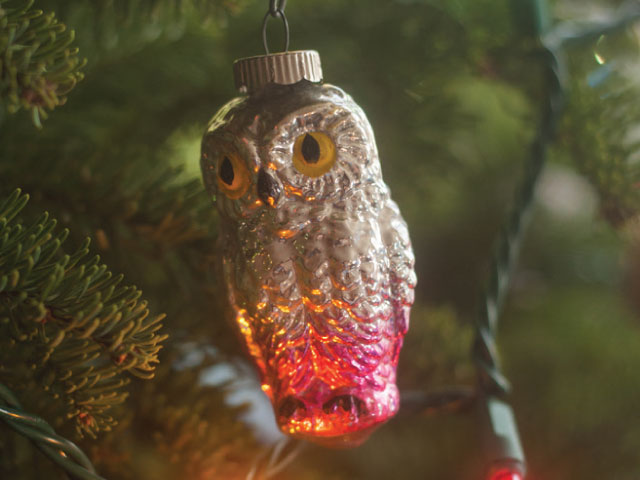 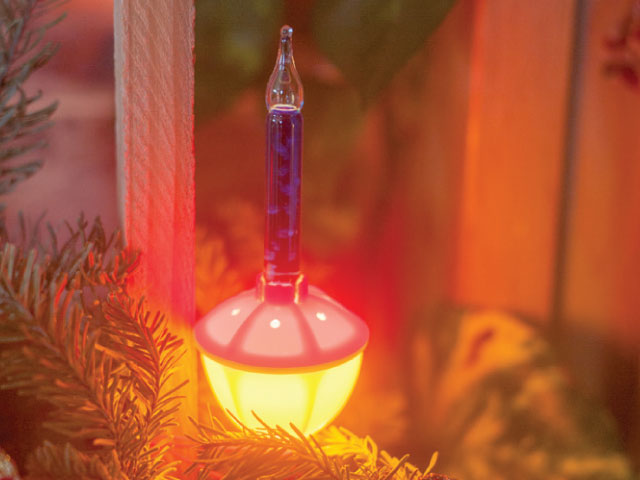