Co-Op 101: What It Means to Be a Member of an Electric Cooperative

No matter where Americans choose to live today, most can get electric service—and at a price close to the cost of providing it to them.

But that wasn’t always the case. Prior to 1935, life in rural America generally started at sunrise and ended at sunset. That’s because nine out of 10 rural homes had no electric service. 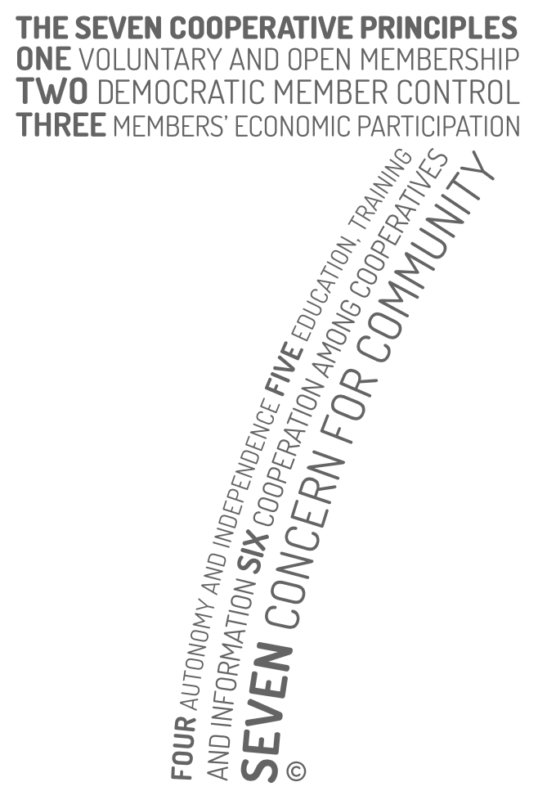 While it was technically possible to deliver electricity to rural areas, it was not deemed necessary or economically feasible by the investor-owned utilities of that day. The bottom line is that it was not profitable to the power companies to extend service to sparsely populated country homes.

Rural residents close to a power company’s line were required to pay the full cost of connecting their homes to the system. In many cases, that fee was nearly twice the annual farm income.

Once that initial investment was made, rural consumers discovered they would have to pay double the rate of urban customers. In some cases, the charge was as high as 40 cents per kilowatt-hour.

Given such exorbitant prices, the IOUs ensured rural America remained in the dark.

But electrifying the country wasn’t easy. For years, power companies ignored all but a few heavily populated, easy-to-reach and economically well-off rural areas. That strategy ensured they would maximize their profits.

Ironically, even with access to federal money, most IOUs still were not interested in extending service to rural areas. If rural America was to have access to electricity, rural residents discovered they would have to make it happen themselves.

Hungry for electricity, rural residents journeyed up and down country roads, seeking support for development of electric cooperatives.

Most of the loan recipients were newly formed rural electric cooperatives.

As the lights came on across rural America, farm life was transformed. Farm chores previously done by hand— with the light of a lantern—became easier with electricity. So did household activities such as washing, ironing, cooking and cleaning.

Today, electricity is available to more than 99 percent of the nation’s rural residents—mostly through electric co-ops. To perform their mission, electric cooperatives own and maintain 2.5 million miles—42 percent—of the nation’s electric distribution lines, covering three-quarters of the nation’s land mass. Their assets top $150 billion.

Electric cooperatives provide service in a way far different than IOUs. Unlike profit-motivated companies, rural electric systems are owned and controlled by the people they serve. Rates and policies are set by member-elected boards. Customer service and billing questions are handled locally by neighbors, and money paid to co-ops stays in the community.

Thanks to formation of electric co-ops, at-cost access to electricity is now possible in rural America. Today, nearly 1,000 locally owned co-ops provide power to more than 12 percent of the nation.

The seven core principles and values that guide cooperatives were adopted by the International Cooperative Alliance in 1995. These principles are key reasons why electric co-ops function differently than other electric utilities. As opposed to being for-profit and benefiting shareholders, cooperatives are designed to benefit their members.

Cooperatives are voluntary organizations, open to all people able to use their services and willing to accept the responsibilities of membership, without gender, social, racial, political or religious discrimination.

Cooperatives are democratic organizations controlled by their members—those who buy the goods or use the services of the cooperative— who actively participate in setting policies and making decisions. Members elect a board of directors who represent their interests in making oversight decisions for the co-op.

Members contribute equally to, and democratically control, the capital of the cooperative. This benefits members in proportion to the business they conduct with the cooperative rather than on the capital invested. In other words, those who use the co-op more see more benefits.

Cooperatives are autonomous, self- help organizations controlled by their members. If the co-op enters into agreements with other organizations or raises capital from external sources, it is done so based on terms that ensure democratic control by the members and maintains the cooperative’s autonomy.

Cooperatives provide education and training for members, elected representatives, managers and employees so they can contribute effectively to the development of their cooperative. Members also inform the general public about the nature and benefits of cooperatives.

Cooperatives serve their members most effectively and strengthen the cooperative movement by working together through local, national, regional and international structures.

While focusing on member needs, cooperatives work for the sustainable development of communities through policies and programs accepted by the members.