Wells Rural Electric Co. answers some of the most common questions about the Energy Choice Initiative 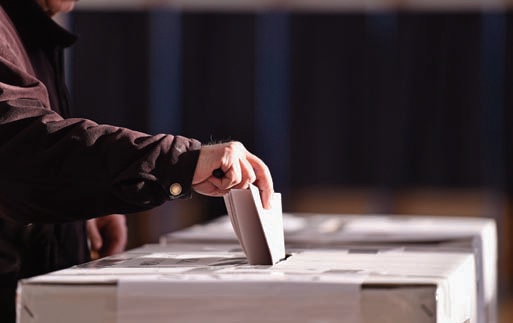 Q. What is Question 3 supposed to do?

Q. Will I still be connected to my current utility company?

A. Yes. Question 3 could enable you to choose which company provides the electricity, but the wires and meter connecting your home or business to the grid will still be owned by the members of Wells Rural Electric Co.

Q. Will I be able to buy cheaper electricity?

A. Maybe. In rural communities like ours, where we’re lucky to have even one grocery store, it is hard to imagine that for-profit electricity providers will be interested in serving our members. Remember, the primary reason the members formed WREC in the first place was that investor-owned utilities weren’t interested in serving so few consumers spread over such a large area because it wasn’t profitable. Only the not-for-profit member-owned cooperative business model has proven it can affordably bring safe, reliable and renewable electricity to you.

Q. Question 3 promises lower rates, so aren’t my rates guaranteed to go down?

A. The language of Question 3 promises lower rates, but neither the backers of Question 3 nor the Nevada Legislature can control deregulated markets. Prices for electricity are just as likely to go up as they are to go down.

Q. What is the “cooperative difference”?

A. Your locally elected board of directors and your employees work for you, the member, rather than for a group of investors. Your employees are devoted to keeping electricity safe, reliable and affordable. While many of your employees focus on controlling the cost of reliable operation of the local distribution grid, others spend the majority of their time working to keep the cost of wholesale electricity down. That requires a strong working relationship with our wholesale power provider, the Bonneville Power Administration, and constant attention to laws and regulations that could increase wholesale power costs.

Q. Does the “cooperative difference” make a difference?

A. Yes. While the average residential rate for Nevada is 11.41 cents per kWh, WREC members pay 9.79 cents—14 percent less. These savings demonstrate the importance of built-in consumer protections members have when they elect their local board of directors.

Q. Are there other benefits of getting my electricity from a cooperative?

A. Yes. Cooperatives work together. Across the Pacific Northwest, cooperatives work together to pressure BPA to control its wholesale rates and to protect your access to low-cost, renewable hydroelectricity. As a hedge against BPA rate increases, WREC is also a founding member of a cooperative purchasing pool that makes wholesale electricity market purchases on your behalf.
Supplemental market purchases not only help WREC control costs, they also provide tremendous insights into wholesale power market pricing and the cost of getting electricity to our communities. If lower-priced wholesale electricity could be reliably delivered to our rural communities, WREC would have already bought it and passed on those savings to you. That’s what rural electric cooperatives do. That’s the only reason WREC exists.

Q. Electric utilities have been deregulated in other states. Why is Nevada different?

Q. How do electricity rates in Nevada compare to other states?

A. It can be challenging to ensure you compare apples to apples when looking at rates. A report from the Energy Information Administration, a federal agency, offers an intriguing insight.

Another report, The Average Price of Electricity to Ultimate Customers by End-Use Sector, shows residential consumers in Louisiana pay the least at 9.34 cents per kWh. Residents of Hawaii pay the most at 27.47 cents. Nevada ranks 20th at 11.41 cents. Neighboring Idaho ranks 4th at 9.95 cents, but Nevada’s neighbor to the west, California, ranks 45th at 17.39 cents.

Q. Where can I find more information?

A. WREC will provide additional information for you to consider. As always, you are welcome to contact us with any specific questions.

In addition, Nevada has a state agency specifically created to protect electricity consumers, the Public Utilities Commission of Nevada. Following 10 days of hearings open to the public, and after reviewing thousands of pages of written comments, information and analysis, PUCN Chairman Joe Reynolds issued a report on the potential impacts of Question 3. One of the reports: “The Energy Choice Initiative is reasonably likely to increase the average monthly electric bill of Nevadans, at least in the short term, i.e., the first 10 years. Those cost increases will potentially diminish over the years as Nevada’s new open market paradigm becomes established, Nevada’s economy and population grows, and the transition costs are paid off.”

If you are interested in reading the entire report or what is referenced in the questions above, please visit www.wrec.coop/question3 for links.